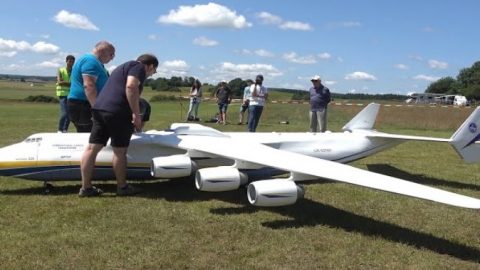 Rocky landing aside, this AN-225 still leaves you asking for more. You would not expect a homemade plane to be this huge and be this much of a beast in performance.

Unfortunately, the RC model might need a bit of work after that landing. The pilot struggled to keep control of the aircraft during its descent because of the wind. Combined with the bouncy grass, a wheel flew off and an engine was taken out during landing.

Hopefully, the damage is minimal so we can see this plane fly once more.