Giant RC F-14 Ends Up As A Giant Fireball 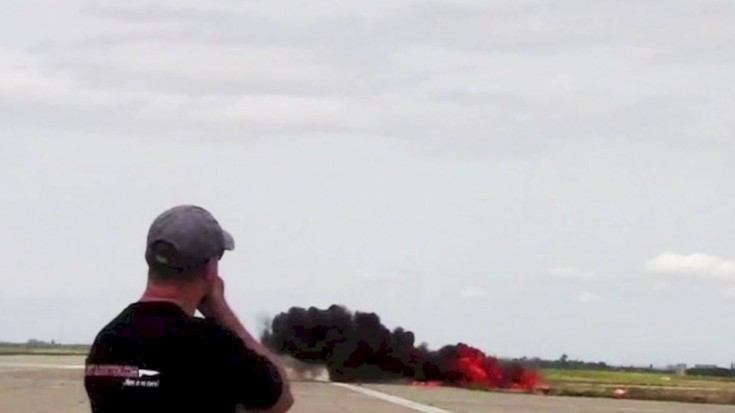 Rc flying is pretty thrilling. From World War II era planes to the most modern jets, you can buy or build your plane of choice and have some fun on the weekends. Sometimes however, it does end it heartbreak as you’ll see.

This Rc flyer was doing well the whole time. He did some rolls and loops and to be quite frank the F-14 sounded pretty great. The end however, was not so great.

Mid-flight, you’ll be able to see the elevator fluttering and then, without any warning, the Tomcat takes a steep nosedive. After that, it was a pretty fireball (didn’t know an RC can make such a mess) and game over. Back to the drawing board.

Sorry guys. Maverick didn’t get out of this one.

We’re going to give credit to another Youtuber who made this comment and won’t credit ourselves. Someone asked, “where are the Rc firetrucks?”

As funny as that is, imagine how cool it would be if they actually had those. It’d be sort of boring because most of the time you’d just sit there and do nothing, but IF something happened, it’d be neat to spray water from a top mounted water turret thing. Just a thought.