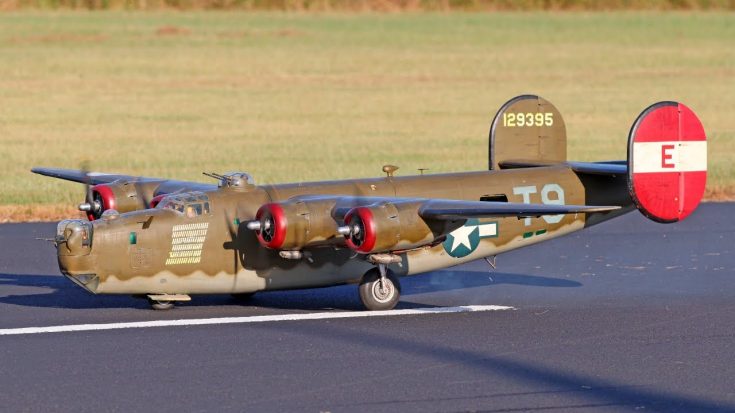 The B-24 Liberator is a long-range heavy bomber used during World War II and was a symbol of the industrial might of the United States. By the war’s end, over 18,000 Liberators were produced and flown in all theaters.

Liberators flew higher and quicker than the older B-17s because of their greater fuel capacity and unique low-drag wing design. When the war ended in 1945, this legendary bomber retired from service almost immediately.

The video showcases a giant-scale B-24 during the Bomberfield USA event last year. It was great to see it fly after a somewhat harrowing take-off. Its 4x four-stroke engines had an impressive sound. Overall, it was a beautiful piece, coupled with good piloting.

Do you think it flew like the real thing?