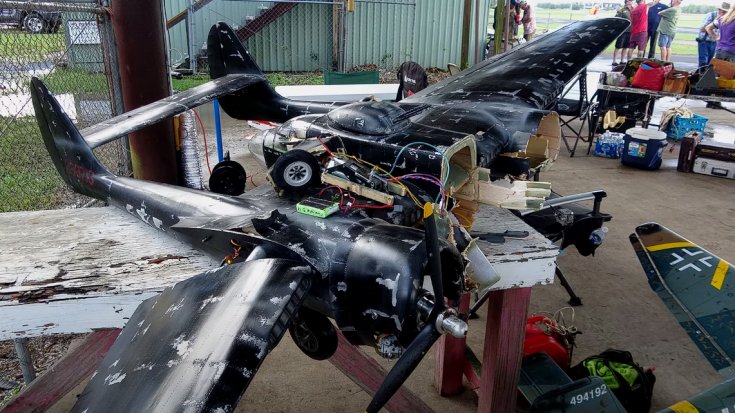 If you have an RC plane, you better look away near the end of this video. This P-61 started out so well and its engine sounded so good. That start was way too good to be true.

Disaster strikes as soon as the P-61 climbed up and turned. Apparently, the bolts on the right wing somehow came loose during the flight. The plane became uncontrollable as it spiraled into the ground nose-first.

The damage to the plane is extensive, its nose and left engine were completely destroyed by the crash. The slow motion near the end shows how it all went downhill pretty fast for this P-61.

It’s going to take a lot of time to fix that – assuming it can still be fixed.