Giant Scale RC Flying After 3 Months off! The Skyraider Groove 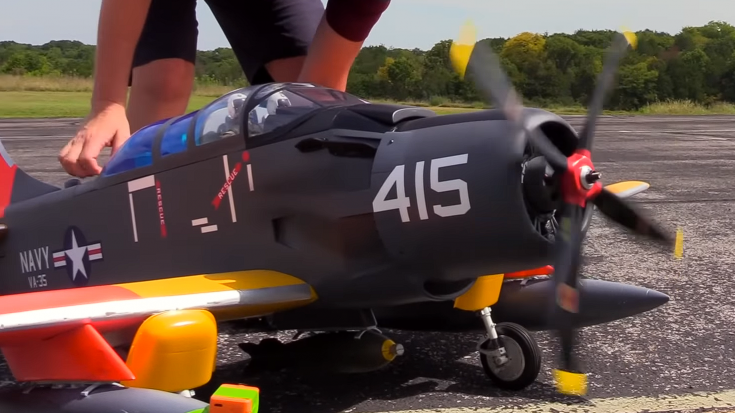 Getting His Groove Back

After three months of moving his entire household and packing three huge pods to the brim, Chris Wolfe from the RC Geek is now ready to fly his planes once more.

Christ isn’t immune to bad landings like any RC pilot out there. His Skyraider landed awkwardly, and its drop tanks suffered the brunt of the damage. Nevertheless, Chris persevered to fly it again – this time, with no drop tanks to make landings a bit easier to pull off.

Legend Hobby’s A-1 Skyraider comes pre-installed with a Scorpion 160KV electric motor and a payload release mechanism. Later in the video, Chris lets go of a bomb during a low pass.

For a thousand dollars, this plane looks like a complete package!