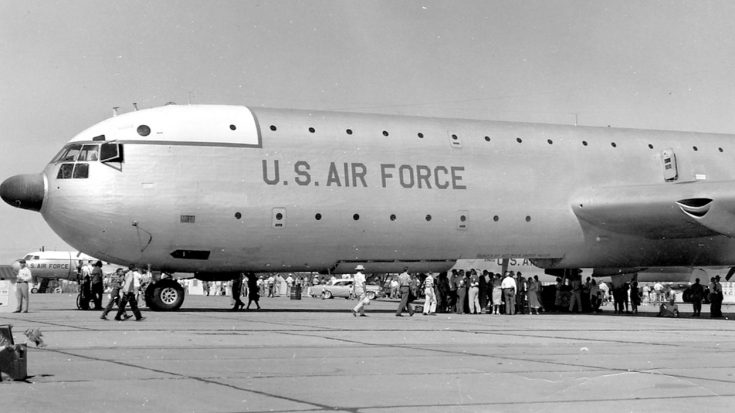 Shortly after the end of WWII, the United States was at peace but they knew they must remain ready. As tensions began to rise against the Russians the American Armed Forces knew they must be ready for war. To prepare for the war they created a plane that would be able to transport cargo like never before, the Convair XC-99.

The XC-99 was a behemoth of a plane with a wingspan that stretched 230 feet in length. It was developed from the Convair B-36 Peacemaker with the intention to be used as a heavy cargo transport. At its peak, it could hold up to 50 tons of cargo or 500 troops to be taken into combat. The XC-99 had a short run transporting cargo between Air Force bases in the 1950s and in the Korean War. In the end, it proved too costly to fly such a plane such long distances with such low fuel efficiency.

The only remaining model of the XC-99 remains in a National Museum of the United States Air Force in Dayton, Ohio. Sadly the condition of this plane is too far deteriorated for public displays and it is unknown if restoration will occur. This giant plane has definitely seen better days and times when it was active, you can view its takeoff captured in color in this clip.