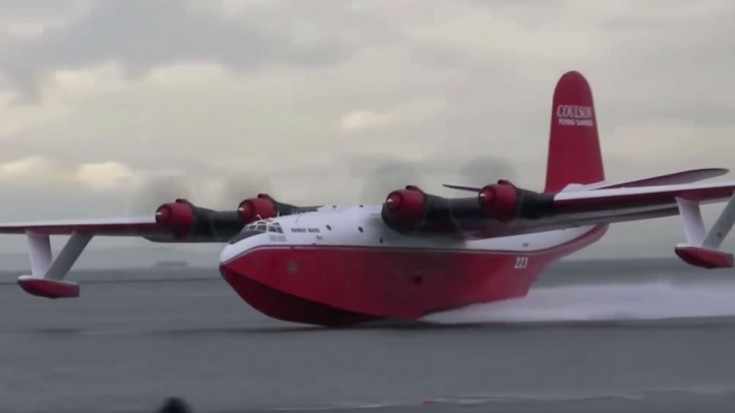 The AirVenture Airshow in Oshkosh, Wisconsin is always a fun event for aircraft enthusiasts of all ages. The annual airshow attracts hundreds of thousands of attendees each year to see vintage planes, acrobatic displays and new aircraft designs. This year there was a very special plane in attendance that stole the show, an enormous World War II-era seaplane named Martin Mars. Built back in the early 1940s the huge red and white seaplane was one of seven JRM Mars planes produced by the Glenn L. Martin Company used by the U.S. Navy to transport cargo between Hawaii and the Pacific Islands. One of the crewmen who worked on the Martin Mars 70 years ago was present at the AirVenture Airshow to talk about his experience.

“It was something very different from what I was used to working out of a shop and it was such a huge plane. I was an aviation’s electrician’s mate. What we did is maintained the electrical equipment on the plane. Now there’s quite a bit of little things instrumentation and also I think that plane had electric props and they had to be maintained to make sure they were functioning right.”

Touching down on Lake Winnebago the Martin Mars lands gracefully as ever despite her age and size. Only three of the seven JRM Mars seaplanes still exist so being in the presence of one was a truly spectacular experience for the audience. Don’t just take my word for it, watch the video below and see for yourself.