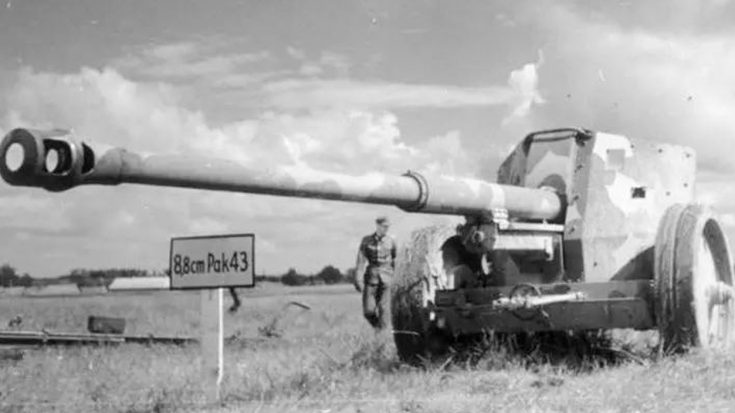 On the Eastern Front of WWII tank warfare became the norm of land-based combat between the Axis and the Allies. The Germans gained the upper hand in tank warfare by using radios to communicate between units, but their armies were still vastly outnumbered by enemy nations. Not taking any chances with losing battlefield supremacy, they rolled out the big guns, very big guns the Pak 43.

Developed by the Krupp Corporation the Panzerabwehrkanone 43 or Pak 43 was the most powerful anti-tank gun in Germany’s arsenal during WWII. Firing at a range of over nine miles, this 88mm gun had no trouble tearing through enemy tanks with a single shot. The use of armor piercing explosive shells aided its ability to destroy armored vehicles with relative ease.

With a very successful track record in combat, the Wehrmacht began to convert the Pak 43 into use with tanks and it became the main gun of the Tiger II tank. It was better suited as a tank turret than as a mobile artillery on the battlefield. This archival footage shows the Pak 43 in use on the battlefield blasting tanks.