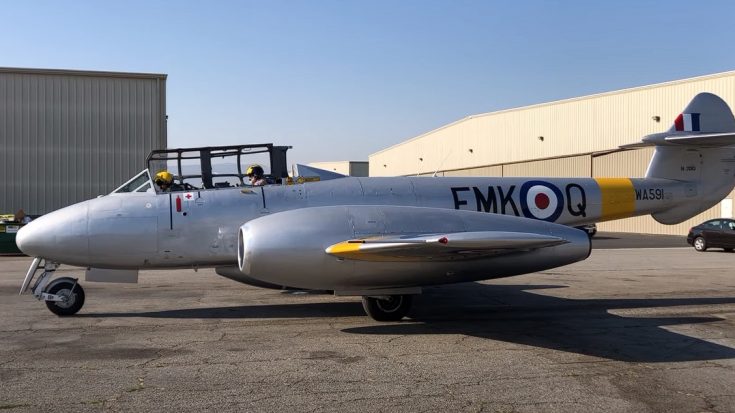 Appropriately named the Gloster Meteor, this jet fighter was the only jet aircraft the Allies used during WWII for combat. In total, 30 national air forces have used this jet in one way or another.

Compared to newer and more popular jet wing designs, the Meteor had a traditional set of wings. In the end, it was overshadowed by faster jets with swept wing designs such as the Gloster Javelin.

That should not come as a diss to the Meteor as it opened up the doors for better jets to be made. Back in its heyday, this single-seater jet plane set world records in airspeed and jet endurance.