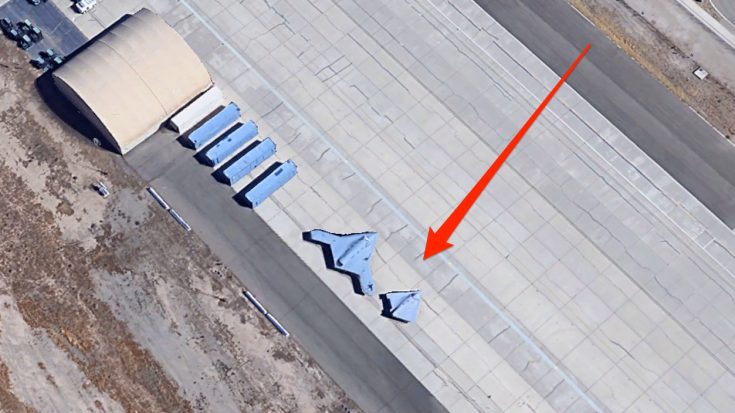 Google Earth is a wonderful tool for exploring the geography of the planet unless you happen to be a member of the Flat Earth Society. But it offers a great look at the Earth, different terrains and any place you want to look at, assuming you have the patience to take it all in. But every once in a while Google Earth turns of something really unexpected, in this case, some very unusual aircraft.

A while ago a Google Earth image of the Palmdale Airport was rumored to have revealed what is believed to be the SR-72 at an airbase in Florida. The United States Government and the US Air Force did not comment on the aerial imagery of the supposed aircraft. This image set off a chain reaction of individuals combing through air bases in a hunt to find more mysterious aircraft. Another image has come to our attention of a pair of mysterious aircraft found at the Palmdale Regional Airport in California.

While these aircraft appear to be mysterious and resemble stealth bombers, they are not actually classified. They are actually unmanned drones operating for the United States Navy. The Northrop Grumman X-47A and X-47B bear a similar appearance to the stealth bombers but they provide a variety of functions from reconnaissance to aerial refueling.

They look stealthy but if they were classified they certainly would not be left out in the open Google Earth to see.