Gorgeous A-4 Skyhawk Restored To Perfection Soaring Through The Skies 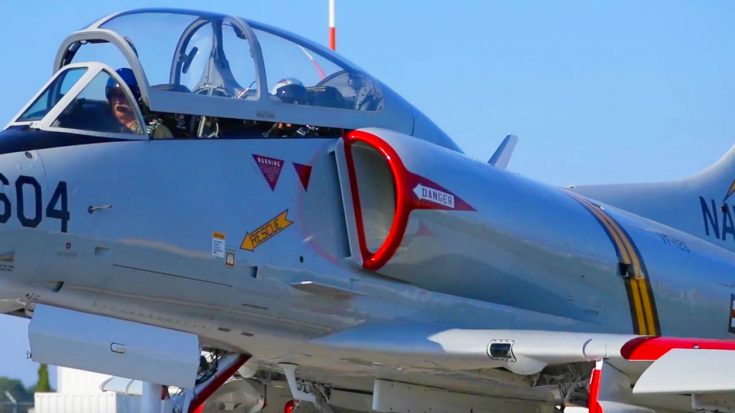 The Douglas A-4 Skyhawk is a lightweight fighter that defied expectations with its ability to carry the same bomb load of a Boeing B-17. The Skyhawk was reliable to serve in combat for close to 60 years before ultimately being retired. Reaching subsonic speeds of 673 mph and massive arsenal, the Skyhawk became a favorite among pilots in the 1950s and 1960s.

Close to 3,000 Skyhawks were built over the years serving in several conflicts and even becoming the primary light aircraft of the Vietnam War. The US Navy even used it as a replacement for the F-4 Phantom on aircraft carriers due to its smaller size.

The A-4 Skyhawk also established a role as a trainer jet, the TA-4J with a two-seat configuration. In this video, we can see a beautifully restored Douglas TA-4J Skyhawk variant take to the skies again. There is no messing with the classics and that’s why the A-4 Skyhawk will continue to be a legend.