GORGEOUS FG-1 Goodyear Corsair Mesmerizing You While She Flies 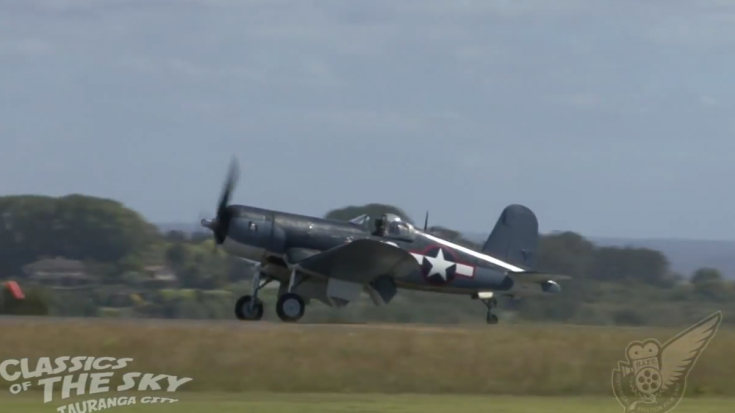 The long name of the Goodyear Corsair FG-1D was given in order to tell the difference between the two main Corsair manufacturers (excluding Chance Vought). The FG-1D was produced by Goodyear, while the F3A-1D was a product of Brewster. A highly efficient fighter bomber, the Corsair was meant for carrier use, though, before modifications were made to optimize its maneuverability, the single-seat plane was dispatched from ground bases during World War 2.

But the Goodyear Corsair FG-1D’s history didn’t end with the last acts of World War 2. The American fighter went on to participate in the Korean War with great results, and, after being sold to many other air forces, both large and small, also take part in the Algerian War, ending its military service on both sides of the Football War in 1969, El Salvador and Honduras.