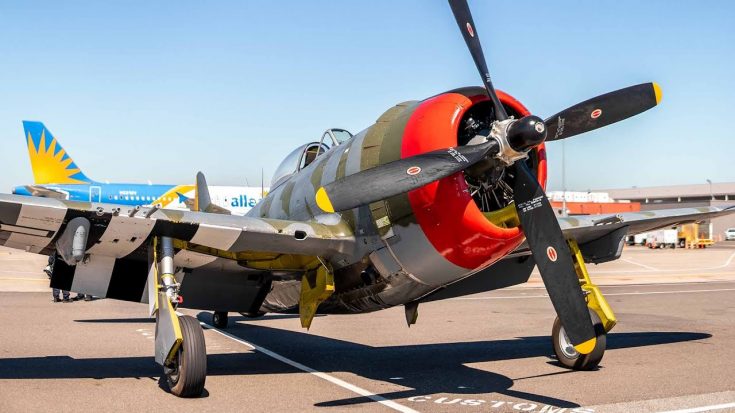 A P-47D decided to stop over at Bellingham International Airport. According to the uploader, the pilot was checking the plane’s engine for the upcoming Abbotsford International Airshow. Luckily for us, he chose to film the “Jug” in 4K quality – something we are all thankful for.

The fixed-wing single-engine warbird looks absolutely stunning under the heat of the sun. By the looks of it, you’d never notice that it was manufactured in 1944.

This Thunderbolt, named “Hairless Joe,” had a bit of a history as well. It flew with the US Army Air Crops and the Peruvian Air Force before being bought by a private company. Being a “D” variant, the plane also features a bubble canopy which gave pilots better visibility.

Don’t miss out on seeing the Jug start up in 4K!