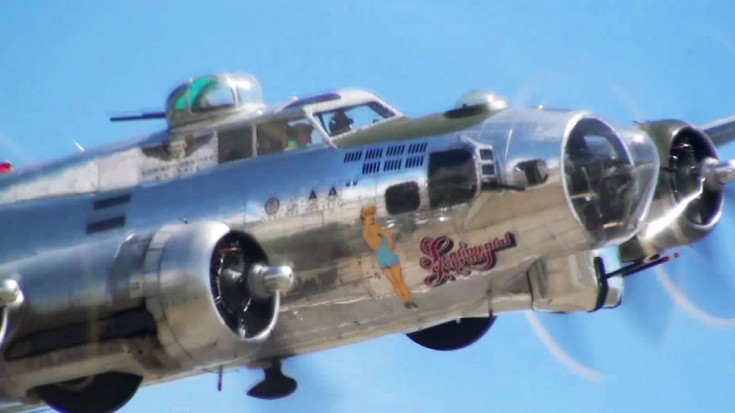 Here’s Something You Can Look At All Day!

The B-17 Flying Fortresses are much loved by warbird enthusiasts, which is why seeing two of them at the same time is such a treat. During the Planes Air Show held in Chino, California, spectators were graced with the appearance of both Fuddy Duddy and Sentimental Journey. Out of more than 12,000 B-17s produced during World War II, these girls are just two of the ten airworthy planes surviving around the world.

The B-17 Flying Fortresses were involved in some of the most critical missions of World War II, dropping thousands of pounds of bombs on targets, crippling the Axis’ war efforts

The story of Sentimental Journey starts in 1944 when she was built. Arriving too late to serve in Europe, she was used in the Pacific Theater until 1947. Changing hands over the years and deteriorating, her restoration began in the 1970s. In the next decade, she was flying and making at least 60 appearances around the United States.

Fuddy Duddy was built too late to see any action during World War II, but was used as a VIP transport over the Pacific during that time. She even got to fly General Dwight D. Eisenhower! Beyond that, she also stared in the famous 1970s movie, ‘Tora Tora Tora!’