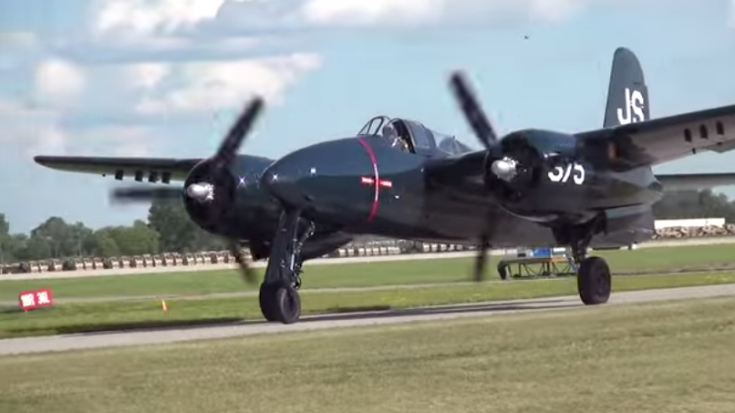 This Pilot Definitely Knows How To Fly This Tigercat!

Ordered for the U.S. Navy before the prototype even took flight, the Grumman F7F Tigercat had many distinctive features for its time. Its wings were mounted high on its fuselage while the two engines were placed beneath them. The body was entirely made of metal while earlier plains typically had a combination of several other materials.

The cockpit had plenty of room for a pilot and a radar operator. The Tigercat’s wingspan measured 51 feet as the fighter could lift off the ground weighing no more that 25,000 lbs. Powered by two Pratt and Whitney Double Wasp radial engines, the plane had serious maneuverability issues in its early stages, if one was to malfunction. It was equipped with four 20 mm M2 cannons and four M2 Browning machine guns.

Designed as a day and a night fighter, the Grumman F7F Tigercat saw no action during World War II as it was introduced in 1944 right before the war ended.  It did however have a role to play in the Korean War. Although effective, the Tigercat couldn’t keep up with the jet engine aircraft that were developed during the time.