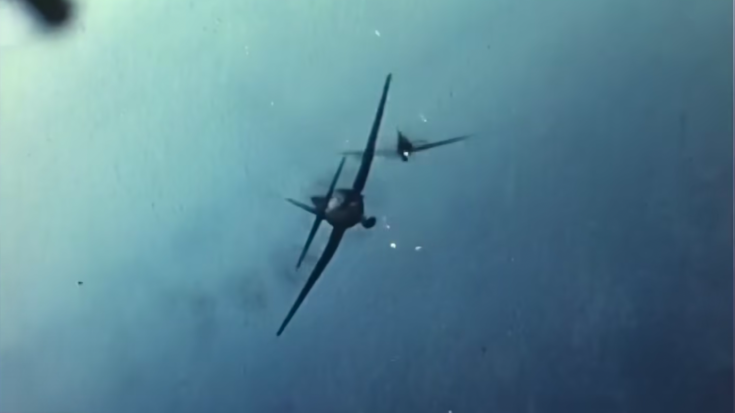 The War In Color

Watching such high-quality footage captured during the war just hits differently. The injection of color into these reels makes them feel more alive and serious. On the other hand, the absence of any form of music adds to the ominous effect these colored reels convey.

There’s footage for almost all kinds of air combat, from strafing runs to dogfights. It really shows how hard it is to down an opposing plane. It’s hard enough to hit a stationary ground target, what more if it’s a plane going at a faster speed?

Some of those strafing footage look like they were done by stuntmen. You’d think they would pull up after shooting the target. Instead, they go lower and shoot down another target right after!

Seeing gun tracers coming at you while another plane’s cockpit is being engulfed in flames has got to be one of the best representations of how chaotic wars can be.