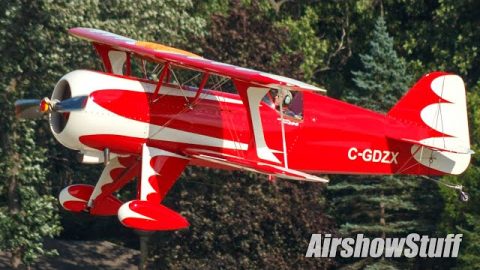 Different aircraft are seen arriving at runway 36 at the Experimental Aircraft Association’s AirVenture or EAA AirVenture in Oshkosh, Wisconsin. This grand fly-in, convention, and airshow feature more than 10,000 of all types of aircraft each year, whether it’s general aviation, warbird, vintage, home-built, ultralights, and modern military. The event was able to draw in hundreds of thousands of spectators in a week.

During the event, the Wittman Regional Airport claims to hold the title of the busiest airport in the world as you can witness several aircraft taking and landing off on the same runway- almost at the same time! Not to mention, the strong crosswinds make it even more difficult for pilots which led to several go-arounds, and even bumpy landings!

Which aircraft, take-off, and landing are your favorites?