Guy Builds Huge Rc Spitfire, Pops Smoke And Flies It Like A Madman 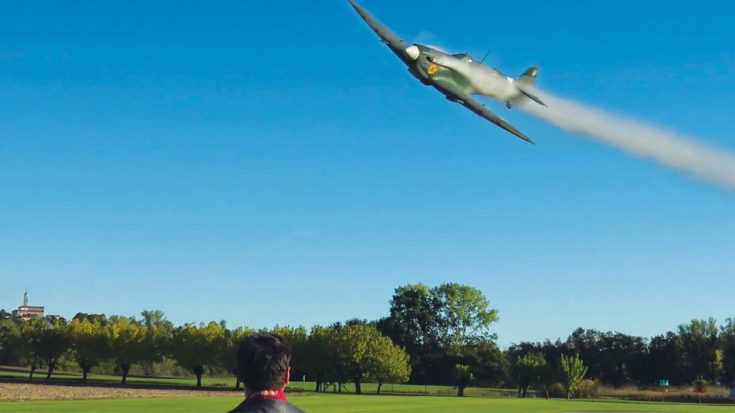 Exactly as the above statement says, the older we men get the bigger and more importantly more expensive our toys get. Some guys buy Porches while others boats. Some aviation fans however might spend a couple thousand dollars on remote controlled version of their  favorite aircraft of World War II.

Michael Sabatschus flew his favorite plane at the Mini Airshow Borne Rosso in Italy at the end of October, 2016. Can’t blame him for picking a Supermarine Spitfire either. This plane held off the Luftwaffe during the Battle of Britain (no offense Hurricanes) with its maneuverability and became one of the most recognizable fighters of World War II.

Michael here decided to pay homage to this bird and although we’re not sure if he built it himself, here are the specs we found.

The way he flies it is pretty spectacular too though. Not too jerky as to make it look fake, the smooth transitions of this Rc make it look quite real when it’s in the air. Especially when he pops that smoke from under the hood.

It’s really something to watch a beautiful Rc warbird fly in the hands of a competent pilot like that. Hope you enjoy the video as much as we did.