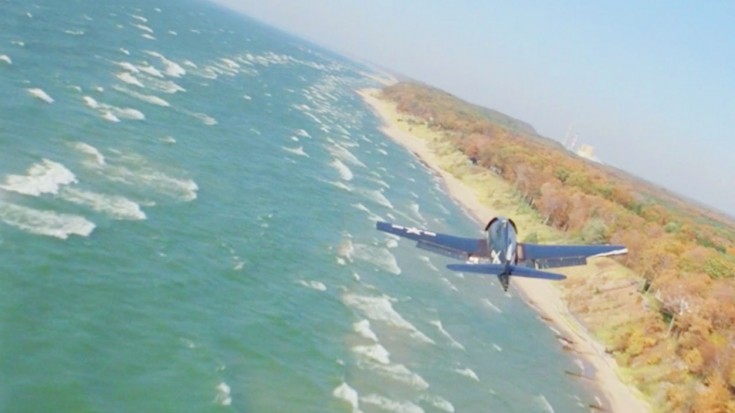 Way To Honor What Your Dad Started!

We wish we could find the whole story behind this marvelous footage, but we could only dig so deep. From our research, the man who shot this footage was the father of Harrison Sanborn, a quite talented videographer on Vimeo.

Per his description, his father shot this footage sometime in the 80s using an Eastman Kodak 5247 film. After finding it in some tucked away boxes in his basement, Harrison had the footage transferred by a company called Fotokem at 2K resolution allowing him to edit and color correct the film using computer software. The rest as you’ll see is history.

In some of the shots you’ll also get a nice glimpse of what appears to be a Hellcat as well!

We really wish we could find out who his father was, but if we could venture a guess it might have been the man entering the Corsair at the beginning. We might be wrong though, so don’t quote us here.

After the pilot enters the cockpit, he fires her up which you can clearly hear. That’s exciting. After unfolding the wings it’s all interior and exterior shots of this fantastic plane. The pilot does some great low passes over the hangar and some wooded area as well as the coastline. Also, in some shots, you’ll get s sneak peek of another great warbird as well!

Corsair from Harrison Sanborn on Vimeo.