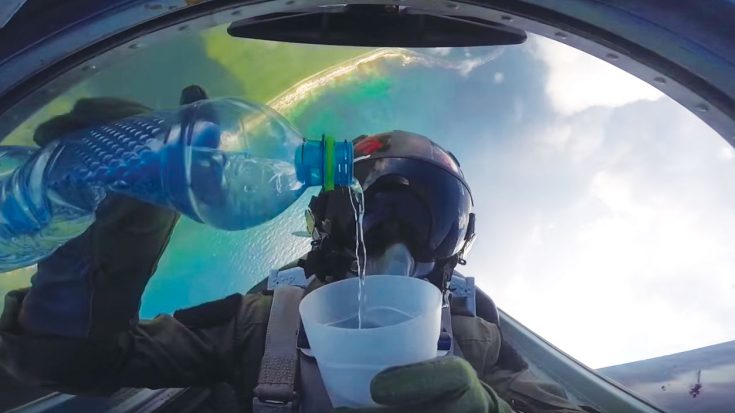 We’re No Scientists, But We’ll Try To Explain This.

Here it goes…gravity. What you’re about to see comes down (no pun intended) to gravity. The great mass of the earth pulling everything towards itself, but wait…when the guy is upside down doesn’t it look like the water is flowing up, away from the earth? The answer is “yes” and we’ll dabble with some physics here.

So here’s the lowdown. A guy (lucky we might add) climbs into the back of a fighter jet and gets himself a ride. He was however, thirsty and decided to drink some water. As opposed of pouring it like us normal folk would, he decided to pour it jet fighter style. Opening the bottle and holding a cup in the other hand, he pilot rolled the plane while he was pouring. Although it might seem like some CGI magic, not a single drop spilled while getting poured between the bottle and the cup. 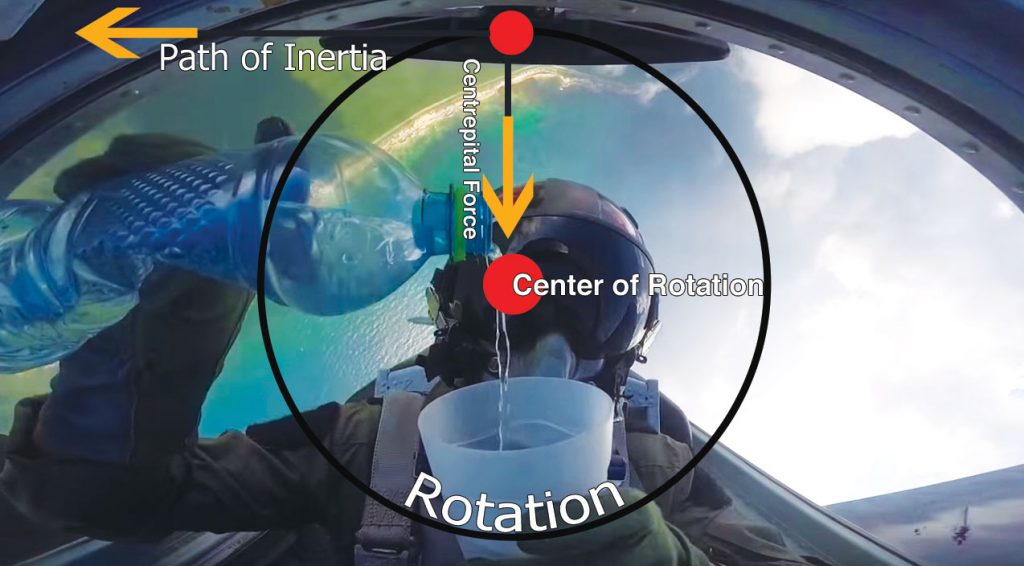 The force at work is called centripetal force. As the plane is rolling, everything in the plane, the water and your body included, is directed toward the center. This force makes everything flow in. The formula of this is as follows:

Yup, that’s confusing and we’re not even going to go into that. We did however, draw a nice diagram for you which is easier to understand. Isn’t learning fun!