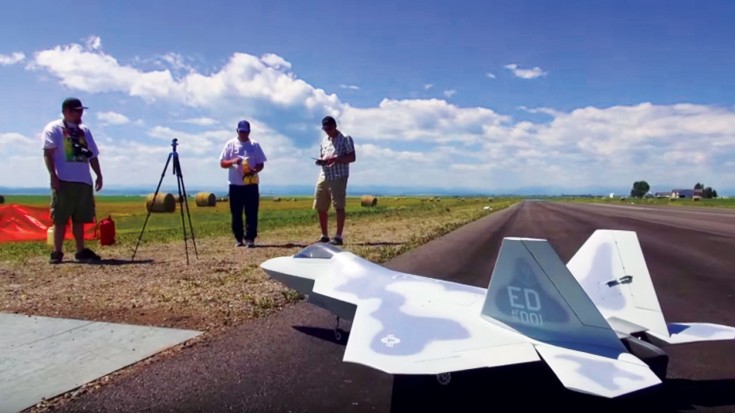 One Of The Best We’ve Seen So Far.

There are many things in life you can spend $10,000 dollars on, yet some people have no problem spending it on an Rc plane. Although this might seem ridiculous for some, people like the guys in this video live for this stuff and to be honest, we’re glad they do.

In the beginning of the video the guys talk about the plane and how they built it. If you want to go straight to the flying, skip to 3:30, but we recommend you watch the whole thing.

It’s because of guys like them that we get to see some of this awesome footage. Although we’ve seen plenty of Rc F-22s on the internet, this one’s different. First off, all the others were pretty small. Like, 2 feet wide. If they were bigger, they were typically made out of foam, so that’s no fun to watch (no offense to anyone who flies them of course.)

One of the best shots of the video comes at 3:44. They placed the camera flat on the runway. Then, they did a nice flyby right over it. That shot really shows you how fast that plane can fly. It’s truly spectacular.