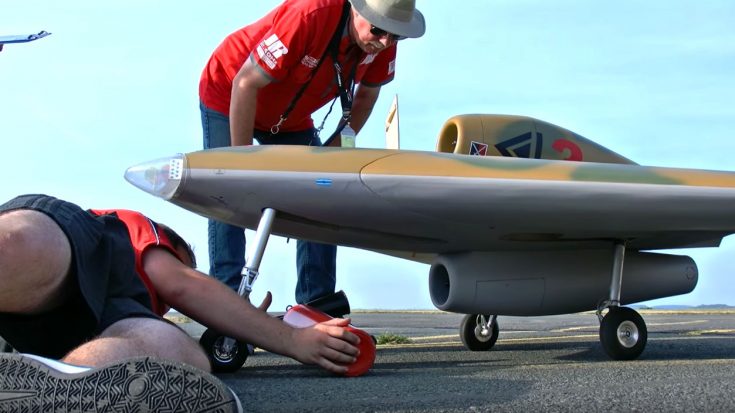 It Flies Prety Well Too.

One of the great things about RCs is that you can build whatever your heart desires. Got a love for Corsairs? Well, you can buy and build one. In this case however, it’s great to see a warbird that was designed but never actually produced.

Meet the Gotha Go. P60. A flying wing interceptor and day fighter, it was a highly modified version of the famous Horten Ho 229. It was designed to be easily maintained and adapted to many roles such as reconnaissance. In the end however, Horten’s design was favored by the Reich.

Ahead of it’s time, the plane would have had a pressurized cabin had it been built.

Another interesting aspect of this flying wing was the positioning of the pilots. To keep the wing as thin as possible, both crewmembers were in prone positions. This also added several advantages. For one, if the pilot was fatigued, the other could take over. Also, this position allowed them to take on higher G forces.

Although it was never set into production despite many attempts, at least these guys built one to show us that it would actually fly pretty well. Flown by Erik van den Hoogen, these guys brought this unique piece to the 2016 United RC-flights in Germany.

We’re sure people were pleased to see it.