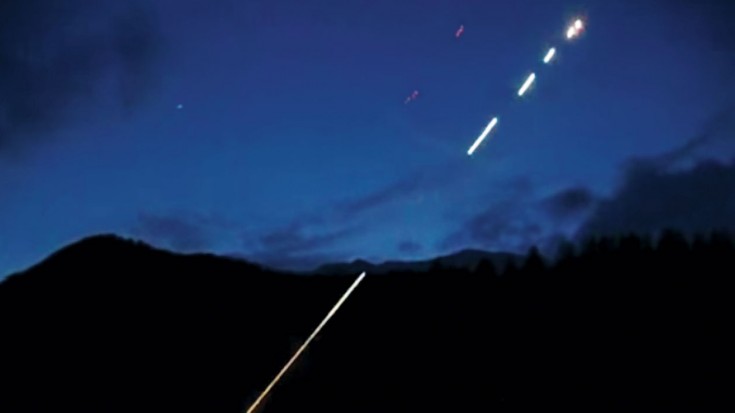 Love The Way This Looks.

This video is just awesome. Not only do you get to hear this massive gun firing, it’s also done at dusk. It’s a really beautiful sight, not to mention these guys had a ton of ammo. Now that’s how you have a good time.

As for the setting, the description of the Youtube video says this happened in Russia, but we’re not so sure. The guys in the video clearly did not speak in Russian (we have some staffers who are quite the linguists.) Our best guess is that this happened in Switzerland, as by the sound of it this 35mm cannon we deduced it’s probably a Oerlikon GDF (see picture below.)

These guns are were built for anti-aircraft use and have been operated by over 30 countries since the 50s. This bad boy has twin autocannons, firing 35×228 mm ammo. Yes, they can tare through a plane like butter with a direct hit. One round weighs just over 3 pounds and this cannon can fire 550 rounds per minute per barrel. That works out to about 18 rounds a second.

That’s a lot of lead to get through if you’re flying.