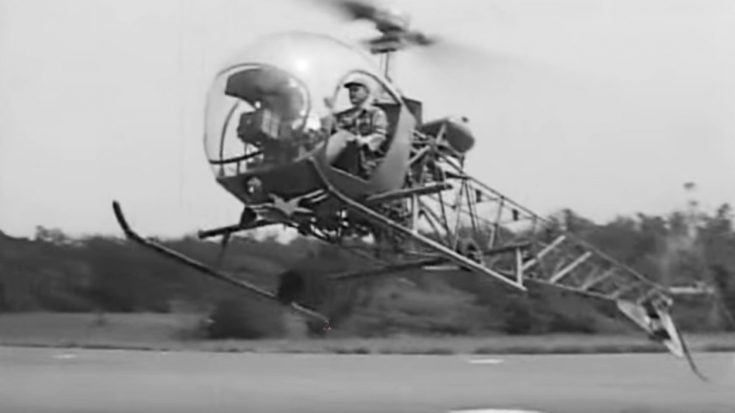 Gotta Love The Cynicism Though.

We came across this video when looking at a bunch of old training films from World War II. It was suggested on the sidebar so we figured, “what the heck. Let’s learn something about old school choppers.” It ended up being funnier than expected.

The H-13 Sioux, a two bladed training and observation helicopter, was built by Bell Helicopter and first flew in 1945. Although developed too late to be utilized during World War II, it was used by over two dozen Air Forces throughout its lifespan. Light and maneuverable (for those times) it was used up until the Vietnam War when it was replaced by the OH-6 Cayuse in 1966.

Looking back, however, the way early pilots were trained to fly these things was slightly different from the training videos today. They outright said that you’re going to suck. Period. With training and practice however, you’ll be a pilot in no time.

While the narrator is talking about “being terrible” when you first start flying, notice the tail of the helicopter. It strikes the ground. We feel like he made a great point there.