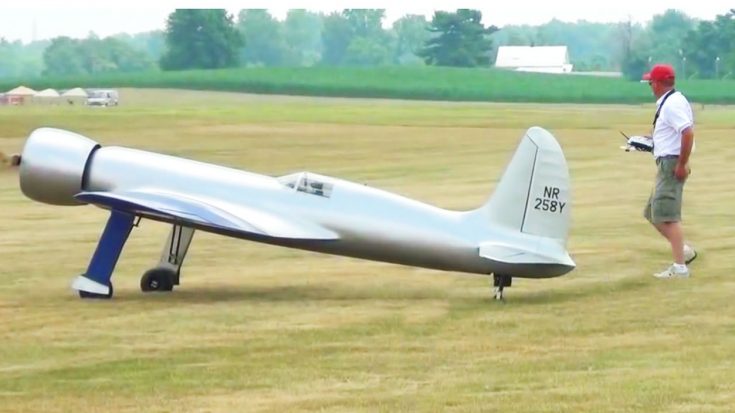 We’ve been warbird fans our entire lives here at World War Wings and over the years we’ve expanded our horizons when it comes to our passion. For example, not until a few years ago did we find the fact that there’s a whole other world of remote controlled aircraft that are just incredible. From modern jets to vintage prop aircraft, you can find the most amazing builders and pilots fly RCs that you wouldn’t ever see in real life.

One such case is the Hughes H-1 Racer we found a clip of below.

The original aircraft was built by Hughes Aircraft back in 1935. During that time, it set the world airspeed record when it topped out at 352.39 mph. Flown by Howard Hughes himself, he wanted to built a streamlined fuselage so his aircraft could be as smooth and aerodynamic as possible.

Only one example was built and although Hughes crashed it, he later fixed it up to beat some more world records. Today, the H-1 Racer can be seen at the National Air and Space Museum.

Inspired by this legendary aircraft, a team of RC enthusiasts built themselves one that’s quite remarkable as well. Taking years to finish, the final product was a 1/2 scale replica that weights over 120 lbs.

Check it out in action below.