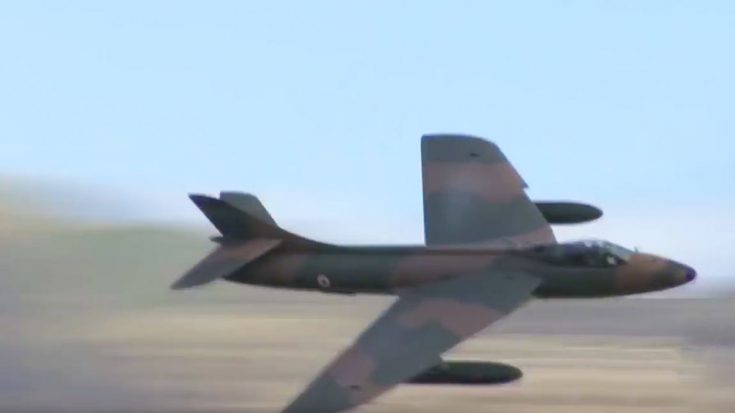 That Sound Is Pretty Distinct.

We realized that over the years we’ve been slightly biased, although not intentionally. Yes, World War Wings is based in the United States but we do have a variety of people from all over the world who work with us. Looking at what we’ve one in the past however, it seems we mostly focus on American World War II planes and jets when we write about them.

Well, it’s time to remedy that. Although we have plenty of Spitfires and Bf 109s and such, we haven’t touched on Cold War Era planes that are non-American. We’ve done SR-71s, F-4s and so on, but not much past that. Well, here’s a Hawker Hunter that is absolutely mesmerizing.

First flown just 6 years after World War II came to an end, this bad boy had a top speed of 715 mph, which is roughly 400 mph faster than the top planes of World War II (excluding the Me-262 of course.)

What we noticed the most, however, is its distinct sound.  Although we don’t know which particular engine model the plane in the video is using, we do know it has to be a variant of the Rolls-Royce Avon series. They pump out about 12,690 lbf.