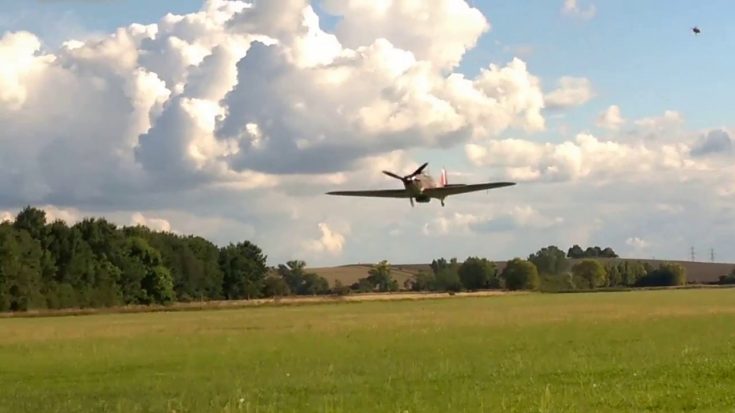 This Hawker Hurricane pilot made a daring low pass over an open field. From the cameraman’s angle, it looked like it was about to give you a seriously cheap haircut.

The aircraft is a Battle of Britain veteran built in 1940 by the Gloster Aircraft Company. During the battle, “R4118” served with the 605 Squadron based in Croydon, where it flew 49 sorties and shot down five enemy planes.

After the war, she was discovered in India and restored by Peter Vacher for three years. Since 2015, the Hurricane Heritage has owned the veteran plane based at the Imperial War Museum at Duxford.

Today, R4118 can be regularly seen at UK airshow circuits and museum functions at White Waltham. She is the last surviving Hurricane of the Battle of Britain and is still airworthy today.