He 111 Heinkel Tour and Flight Demonstration 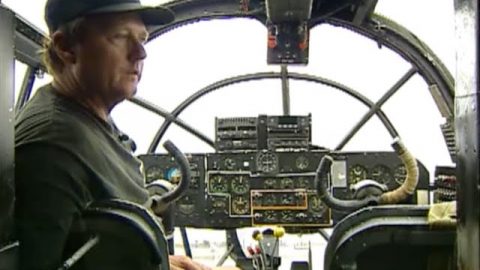 Inside a Historic Warbird

The plane features a top speed of approximately 270 miles an hour and is fitted with Rolls-Royce engines. Fraser explains that the original design goes back to the 1930s- so it’s an old-technology airplane. Surprisingly, the plane had no armament to protect it’s crew and had very small caliber weapons for defensive purposes.

We definitely love the cool details inside the plane. Unfortunately, this aircraft crashed in 2003, which is quite a pity since it was the only flying Heinkel in the world.