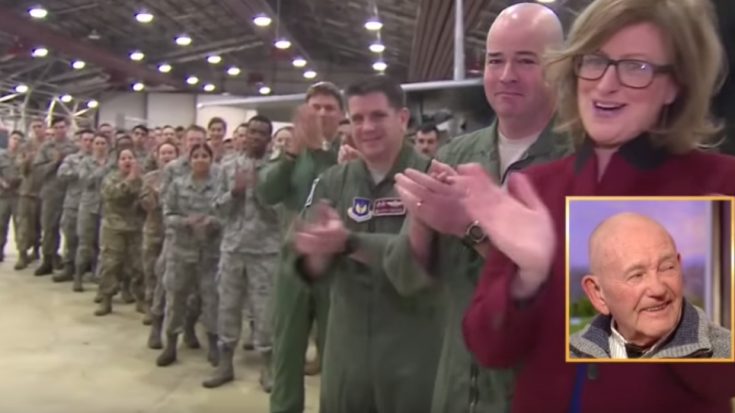 An 8 Year Old Boy In The Park

Tony Foulds was just eight years old on February 22nd, 1944. He and a few other boys had just met on the grassy area of Endcliffe Park in Sheffield when a B-17 bomber came bearing right at them. It was so close that they could see the pilot waving his arms in wide arcs. Stunned, the young boys waved back, interpreting the wave as a greeting.

It wasn’t. The badly damaged B-17 was desperately trying to land. Realizing the boys did not understand the gesture, the pilot attempted to pull up. The Flying Fortress, named “Mi Amigo,” missed the boys. But it wasn’t a happy ending. The plane crashed into the trees beyond the park and all ten of its crew members perished in the explosion.

A Chance Encounter That Sparked A Campaign

Just met an amazing man in Endcliffe Park, Sheffield. Tony Foulds was an 8-yr-old playing in the park when a US plane crashed in Feb 1944. He has diligently maintained the memorial ever since. He was planting new flowers. Almost 75 yrs of service. What a man. I’m in bits ??? pic.twitter.com/DpdDmSZ0F3

In early January 2019, Dan Walker of BBC Breakfast happened upon Tony who, in the nearly 75 years since the incident, has cared for the crew’s memorial with unwavering devotion. Moved by his story, Dan Walker sent out  a tweet that grew into a campaign to grant Tony’s greatest wish – a flypast on the anniversary of the event to honor the crew of ten.

This emotional video captures Tony’s response to learning that on February 22nd, 2019, the U.S Air Force stationed at the RAF base in Lakenheath will carry out the flypast that Tony has dreamed of.  The flyby will include an F-15 fighter jet, Ospreys, Typhoons, and a Dakota.

The tears in Tony’s eyes and the quiver of his mouth attest to his pure emotion as he replies,

“That’s everything I wanted.”

See the touching moment in the video below.