He Chased A German Bf-109 Through Eiffel Tower, And Took Him Out 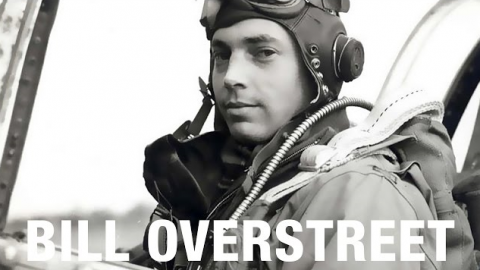 The story of Bill Overstreet is a fascinating one. Born William Bruce Overstreet Jr., he was an American fighter pilot in World War II who gained fame because of a dramatic aerial victory in Nazi-occupied Paris in 1944.

He famously flew his P-51C ‘Berlin Express’ underneath the base arch of the Eiffel Tower in a solo pursuit of a German Messerschmitt Bf 109G. Overstreet disregarded the anti-aircraft guns on the ground as he chased the enemy plane. He continued to fire and managed to scatter the Nazi soldiers. He hit the Messerschmitt Bf 109G several times but no one knows what happened to the pilot.

Overstreet then escaped the city and returned to his base in Suffolk.

Although it remains as one of the most famous exploits of all time, Overstreet himself shrugged it off and said it was “no big deal. There’s actually more space under that tower than you think. Of course, I didn’t know that until I did it.” In 2009, he was honored with France’s highest military award – the Chevalier de la Légion d’Honneur.