Hell From Below: Firing A German Flak 36 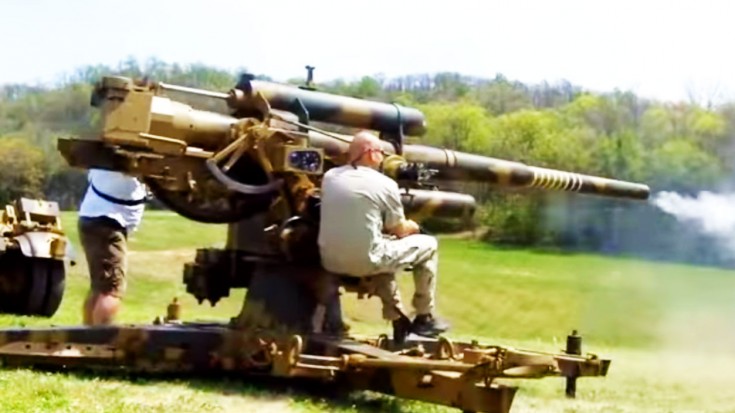 Any Worthy Target Was Surrounded By Those Guns

When approaching a bombing target in enemy territory during World War II, bomber raids often encountered little patches of black smoke. There are accounts of rookie aircrews actually describing them as beautiful from a distance as the sky was full of them. Nearing their targets however, it was quite a different story. Those patches of black smoke were actually highly explosive 88 mm shells designed to explode on time or proximity, sending shrapnel in all directions. If not hit directly and damaging the plane, the aircrew could be seriously incapacitated by the hot, sharp, high velocity pieces of metal flying through the air.

The word ‘flak’ was adopted by English speaking crews, the actual German word for the gun being Flugzeugabwehrkanone which means ‘aircraft-defense cannon’.

The 8.8 cm Flak gun was developed by Germany in 1917, with the first official 88 produced in 1928. Until the end of World War II in 1945, the weapon went through some modifications to improve its performance and was designated Flak 18, 36, 37 and the final version, the 41. They were designed specifically as anti-aircraft and anti-tank guns and essentially became one of the most recognized weapons used by Nazi Germany during World War II. There were over 20,000 of them produced from 1933 to 1945 when their production completely stopped.