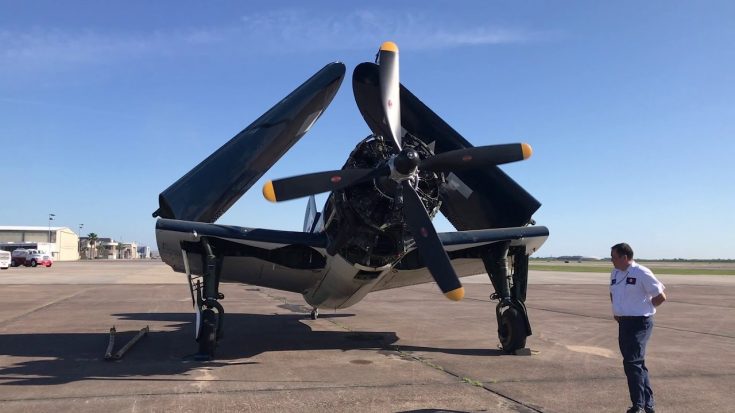 Infamous for its reputation as a faulty aircraft, this warbird was the main dive bomber used by the US during WWII. It succeeded the Dauntless due to its improvement in speed and ability to carry more armament.

Unfortunately, due to setbacks in production, it was delayed for years. The TBF Avenger got to see action before the Helldiver could even though it started production two years earlier.

With how much pilots hated to fly this plane, it’s only fitting the video started out with an ops check. You can’t knock how cool this aircraft looks even though its bare nose is exposed. Not to mention, the sound the engine makes as it starts up just puts you in a great mood.