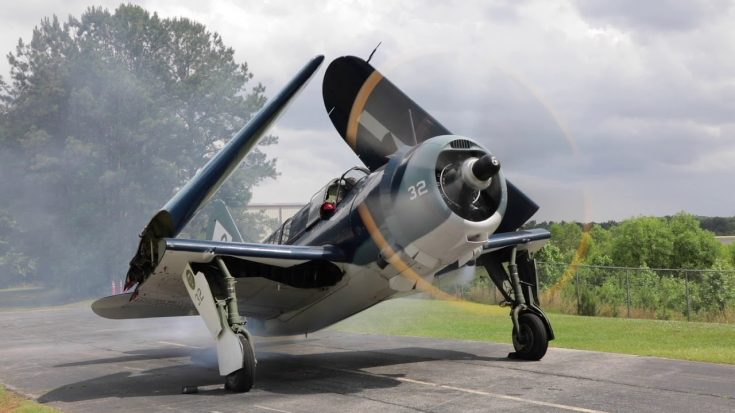 Seeing this rare warbird just doesn’t get old. Out of the very few remaining Helldivers in the world, this one sure seems pretty lively.

This Helldiver’s 14-cylinder radial piston engine still sounds as good as new. After the initial startup, it shows us how sleek it looks as it unfolds its wings. What an amazing experience it must be to see a Helldiver up close.