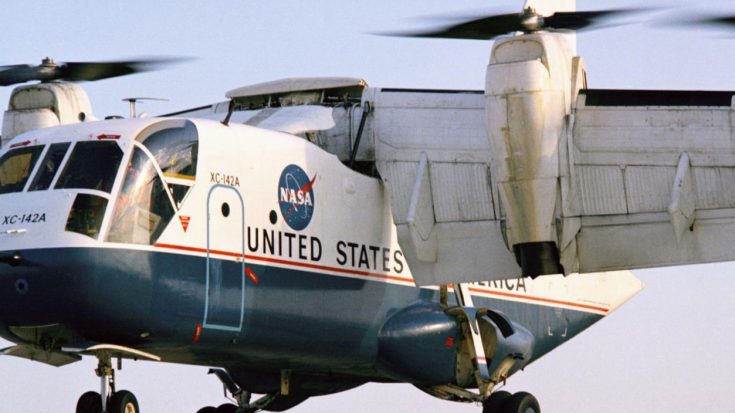 The ability of military aircraft to have vertical/short takeoff and landing capability is paramount to battle effectiveness. A mix between a helicopter and forward driven aircraft, this ability allows pilots to insert or extract troops in tight quarters while going in and out faster than a helicopter would.

As will all things, before this was a possibility lots of testing needed to be done. In 1961, the DOD sent out a proposal to come up with an aircraft able to carry a payload of 10,000 pounds, have an operational radius 250 miles longer than the average helicopter and be able to travel between 300 to 400 knots.

Many companies answered that call and through collaboration came up with the XC-142 by 1964. Extensive testing was done which included 420 hours of flight and eventually, 5 prototypes were built.

The project was eventually transferred over to NASA for further research testing which lasted from 1966 to 1970. All the flight records helped shape VSTOL flight as we know it today, giving rise to aircraft such as the V-22 Osprey and the future  V-280 Valor decades later.

You can find some of the tests NASA did in the video below.