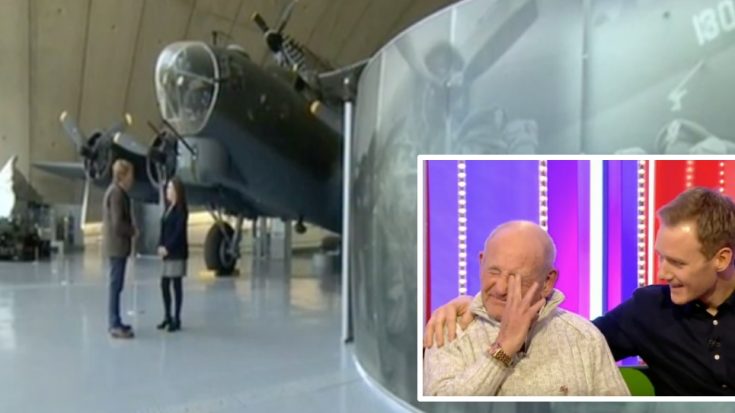 Thanks in huge part to Dan Walker, who tweeted about the meeting, Tony Fould’s incredible story captured the hearts of millions.

75 years ago in 1944, a Flying Fortress named “Mi Amigo,” crashed into the trees beyond the park where Tony and another boy had been standing. All ten of its crew members perished in the explosion. Guilt ridden that his presence on the open field had prevented the crew from landing safely, Tony has devoted his life to caring for the crew’s memorial with unwavering devotion.

Tony had one wish – a flypast on the anniversary of the event to honor the crew of ten.

The world got to watch as Tony learned that U.S Air Force stationed at the RAF base in Lakenheath will carry out the flypast that Tony has dreamed of.

The flypast will include an F-15 Strike Eagles from RAF Lakenheath, a KC-135 Stratotanker, a MC-130J Commando II, a CV-22 Osprey from RAF Mildenhall, and a Typhoon and Dakota from RAF Coningsby.

Here are the details:

Check out the video blow for a peek of what’s to come!