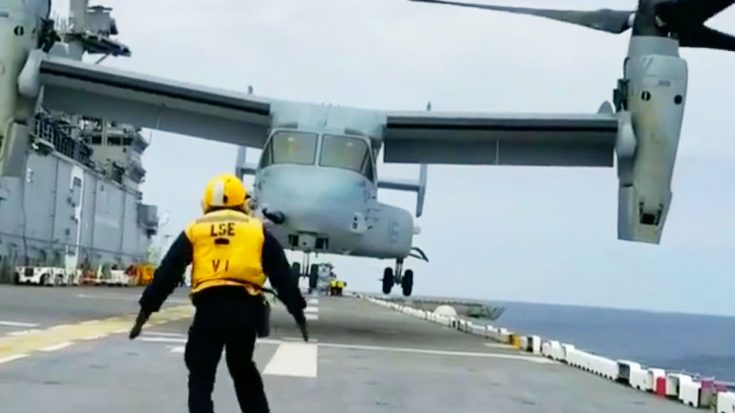 Boeing’s V-22 Ospreys got a bad rap from the beginning. The entire concept wasn’t really liked from the beginning as their very complicated tilt-rotor systems were a fairly new concept and a ton of money was dumped into them causing a major budget shortage. This coupled with its multiple accidents (including the test flight) which claimed a total of 39 lives over the years make it a sore topic for many.

Its [The V-22’s] production costs are considerably greater than for helicopters with equivalent capability—specifically, about twice as great as for the CH-53E, which has a greater payload and an ability to carry heavy equipment the V-22 cannot… an Osprey unit would cost around $60 million to produce, and $35 million for the helicopter equivalent.

Whatever your feelings or experiences are with the V-22, they’re here to stay. The military’s need for a fast multi-mission VTOL aircraft yielded this result and as of today, more than 200 of them were produced.

Below, you’ll see how these things handle on the open water. As they’re used for insertion and supplies, many Ospreys take off of ships. As a result of their powerful engines they are susceptible to ground-effect (like all helicopters do) but coupled with an unsteady ship and wind gusts, landing them is quite an experience.

Check it out for yourself.