Here’s One Of The Most Bizarre Experiments In Aviation History 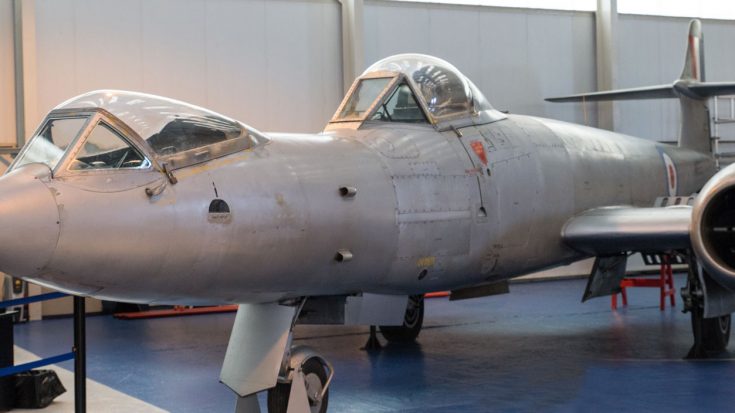 Experimentation is a huge part of the world of aviation. If aeronautical engineers didn’t push the envelope and come up with some funky designs, we’d never get to where we are today. From back facing wing designs to different engine placements, all the failures of the past gave way to things that improved aircraft overall.

Once such test was figuring if having a pilot lying in a prone position would ease dealing with G-forces associated with high speed turning.

In 1954, the RAF (Royal Air Force) used a Gloster Meteor F8 as a testbed and attached a “secondary front cockpit” in the nose of the aircraft, pictured above. This not only proved to reduce stress on the pilot’s body but also streamlined the airframe making it more aerodynamic since there was less drag.

There were 99 test flights conducted resulting in 55 hours in the air but in the end, the results were inconclusive. Although pilots could go faster and make tighter turns, the reduced visibility and complicated bailout procedure tarnished the concept. That coupled with the invention of g-suits which helped pilots with blood circulation during high G maneuvers made the concept outdated before it even took off.

Although we could not find footage of the WK935 (the official designation of the test aircraft) in flight, we did find an earlier version of this system while it was tested on the ground. You can watch it below.