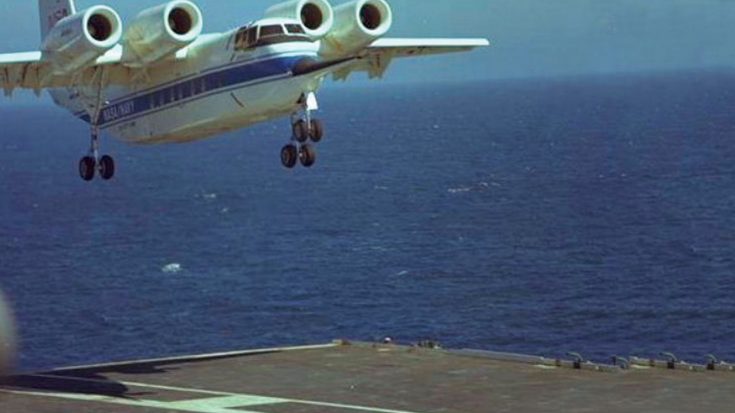 She Wasn’t Pretty But Got The Job Done.

You can expect amazing yet weird airframes from two places. One of them is Lockheed’s super secretive Skunk Works and the other is NASA. This ugly duckling came out of the latter.

In the 70s, NASA was experimenting with Quiet Short-Haul Research Aircraft, or, QSRA. The point was to test a new wing and engine placement design in order to perform short takeoffs and landings (STOL) aboard carriers without the use of catapults or arresting cables. The video you’re about to see was taken at those trials.

The base airframe was actually a de Havilland Canada DHC-5 Buffalo.

Another fun fact not mentioned in this video is that this plane has just a little bit to do with our beloved A-10 Thunderbolt II.

Before it entered production, the A-10 had to square off against Northrop’s YA-9. As we all know the Warthog won the competition and the 2 prototypes of the YA-9s were put in museums. Their custom build engines however, were used for the plane you’re about to see.

The more you know.