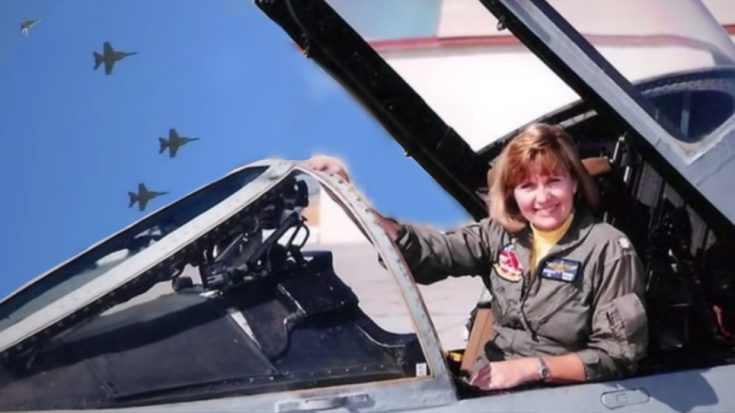 This weekend was a weekend of flyovers. The entire U.S. watched as the Thunderbirds ear-shattering performance to Gladys Knight’s national anthem kicked off 2019’s Super Bowl. But did you also catch Saturday’s historic flyover?

Saturday, February 2nd, 2019 marked the funeral of retired Navy Captain Rosemary Mariner. For the first time in history, a “Missing Man Flyover” was performed by a formation of all-female pilots. In this type of flyover, a single jet will peel out of a formation of 4 and fly straight up into sky, representing an ascent into heaven.

Captain Rosemary Mariner passed away on January 24th after a long battle with cancer. She was just 65 years old.

Considered a trailblazer for women pilots, she was the United State’s first female fighter pilot. Not only that, she was also the first woman to command a squadron. In her career, she flew a total of 15 different aircraft and logged 3500 flight hours. Despite constant opposition, she was a fiercely skilled pilot who got both what she wanted and deserved.

The women who flew this last Saturday did not take the honor lightly of flying for Captain Mariner lightly.  Cmdr. Stacy Uttecht, Cmdr. Leslie Mintz, Lt. Cmdr. Paige Blok, and Lt. Cmdr Danielle Thiriot, all from squadrons based at Naval Air Station Oceana in Virginia, credit Mariner’s determination in breaking down the barriers for women pilots. Because of her, they say, they can fly today.

The footage of the flyover below looks like any footage of a Missing Man Flyover. But that’s the point; the women look just as good up there and we can thank Captain Mariner for her contributions in making that possible.