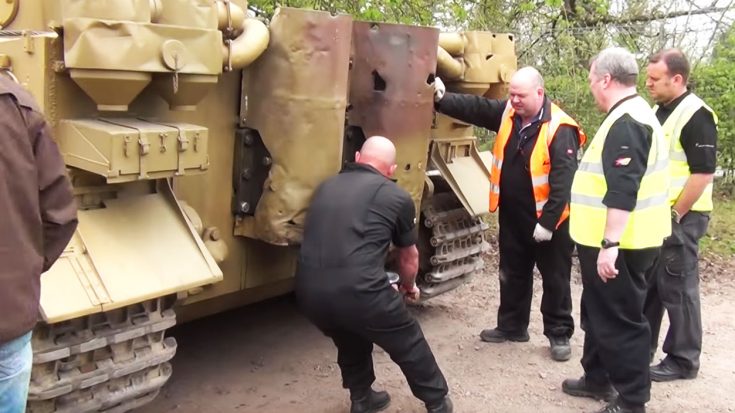 As aviation folk, we can definitely appreciate tanks of old but to be perfectly honest, we had no idea how to actually start a tank. We’ve watched countless walkthroughs of firing up Spitfires, P-51 Mustangs and the like so we know a thing or two, but a German Tiger? Nope, no idea.

That’s why we were glad when we saw this video uploaded. The men that take care of this tank filmed it being fired up and even wrote a little description of it so you could understand what’s going on.

Here’s what they had to say:

The hand crank starter, is the recommended way of starting a Tiger in cold weather conditions, it also has an electric starter. The hand crank turns a heavy flywheel at the rear of the engine, when it reaches a high rotation speed, a pin is pushed or pulled, this connects the spinning flywheel to the crankshaft, which spins up the Pistons thus starting the engine.

The more you know.

As for the tank itself, Germany produced almost 2,000 Tiger Is and IIs until the end of the war, both of them sporting an almost 700 hp engine.

You can see one of them firing up below.