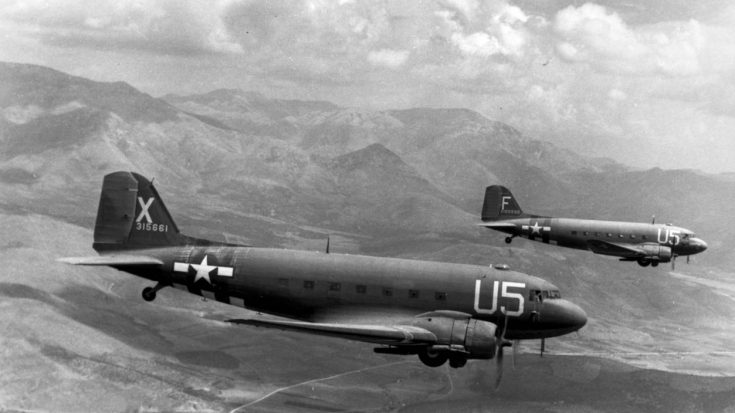 The Greenland Gopher At Aviator’s Rendezvous 2019

If you aren’t going to make it to the historic 75th anniversary of D-Day to see a mind-boggling 30+ DC-3/C-47s drop paratroopers over Normandy, don’t fret too much. There’s another opportunity for you to celebrate the marvel that is the C-47, and it’s a pretty exciting one.

The Greenland Gopher, a combat veteran C-47 that flew over Normandy on D-Day and participated in Operation Market Garden, is making a big showing stateside. You can find her at Aviator’s Rendezvous 2019 at Davidson County Airport in Lexington, North Carolina over the weekend of May 4th and 5th.

The best part is that the Liberty Foundation’s beautiful C-47 will be giving rides. The 20 to 30 minute rides in the veteran Gooney Bird are being offered for just $95. Wow, if you’re in the area (and even if you’re not, but can get there), that’s a super steal not to be missed!

The C-47 is what happened when the DC-3, the world’s revolutionary and beautifully constructed long-distance transport plane , had to suit up for duty inWWII. It got the addition of a cargo door, strengthened floor, shortened tail cone, and a hoist attachment. Its performance was nothing short of phenomenal, diligently carrying troops and cargo wherever they were needed most.

Flying the notorious “Hump,” campaigns in Guadalcanal, the Battle of Bastogne, the invasion of Sicily, and most famous of all, the Invasion of Normandy,  the “Gooney Bird” has gone down in history as one of the finest planes ever built. Some 80 years later, it still hasn’t stopped serving.

Watch one, an SAAF C-47 Dakota, do her thing in the video below. Her engines are nice and loud!