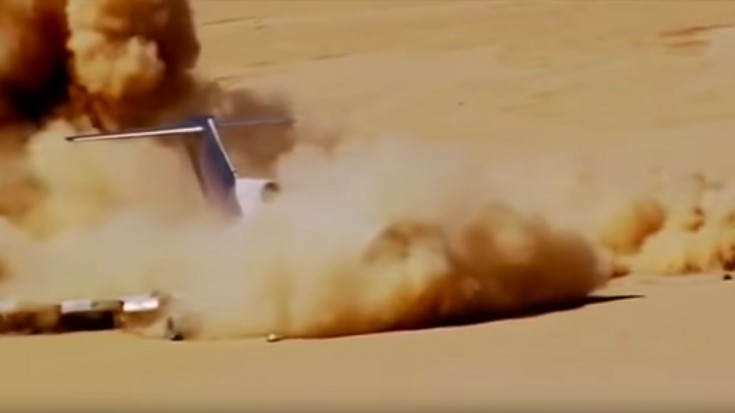 When flying in an aircraft we all want to feel safe as we travel and the last thing we want is for our lives to be at risk during a routine experience. Plane crashes happen from time to time, it’s horrible but it’s the sad reality. On April 27th, 2012 Professor John Hansman and Howard Swartz conducted a test on a remote-controlled Boeing 727 equipped with internal cameras and crash test dummies to observe what would happen if the plane crashed in a controlled environment.

“We thought the idea was bold and ambitious, but it was potentially very dangerous. “We wanted to make sure it was totally buttoned-up so we didn’t needlessly risk lives unless this was going to be a valid scientific undertaking.”

Federal permits were obtained to conduct the crash test in the desert of Sonoran, Mexico after the United States denied a test on American soil. The high definition footage that follows shows the horrific results of a high-speed impact on desert terrain. It is a scary sight to see but the results obtained will work towards the purpose of making air travel safer.