On Approach: Avro Lancaster Coming In Low And Loud 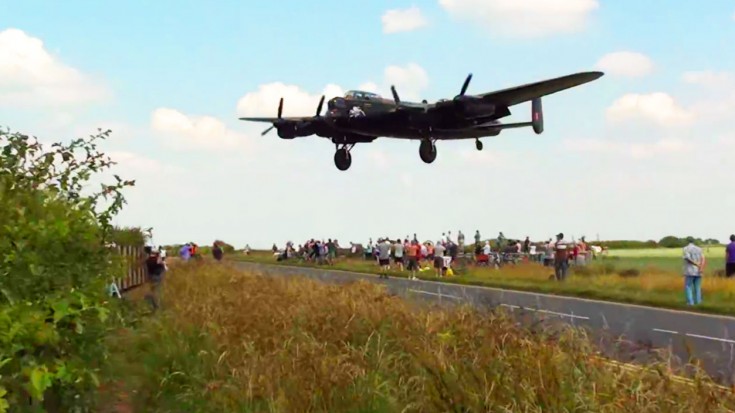 This Clip Will Give You Goosebumps: So Loud!

The Avro Lancaster is a British four-engined heavy bomber built for the Royal Air Force. Introduced to World War II in 1942, Lancasters were used extensively in night bombing campaigns, delivering over a half a million tons of bombs in about 150,000 sorties. Dubbed ‘Lanc” by most of its crews, this aircraft was also capable of daytime precision bombing missions and because of their long unobstructed bomb bays, could drop some of the largest bombs on enemy targets.

Here are some great specs of the Avro Lancaster:

During World War II, just 35 Lancasters flew more than 100 successful missions each with the most successful crew flying their ‘Lanc’ in 139 missions. Commander of the Luftwaffe fighters, Adolf Galland, considered these planes ‘the best night bomber of the war,’ as did the Royal Air Force, regarding them as their ‘shining sword.’