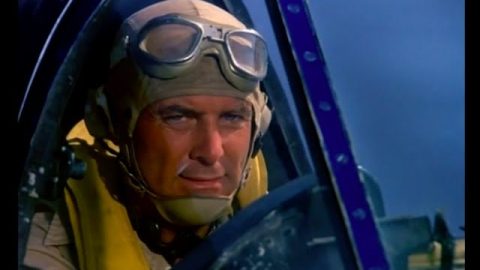 Plagued with controversial personalities and unorthodox rules during the war, the Black Sheep Squadron was a big part of pop culture during the 70s. This led to the creation of various media like this clip from the TV show, Baa Baa Black Sheep.

Even though some might say that the portrayal of the squadron was at times unfair, this TV show benefited from the fact that the consultant was Boyington himself. The show was very popular among TV viewers. This can be attributed to the likable characters featured in the show.

In the video below, we see Hirachi continuously mocking Boyington as he loses control of his plane. It seemed like Hirachi’s only goal was to annoy Pappy to death! Make sure to watch the clip below to watch the story unfold.