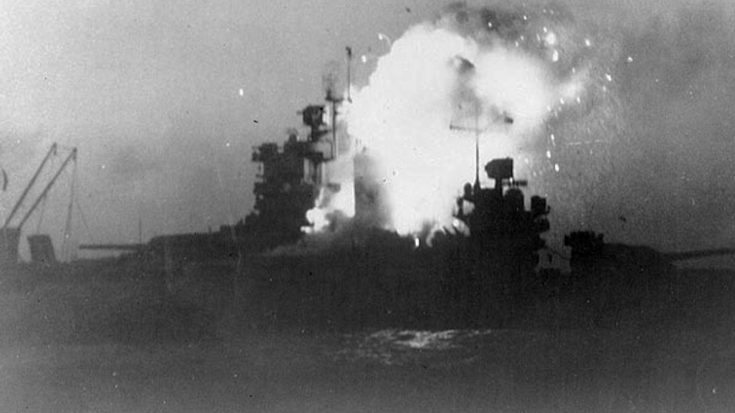 Kamikaze strikes emerged from a period where the most qualified Japanese pilots were all but dead and desperation took over. Training pilots to go on suicide missions did not require much investment and some military historians argue that the practice was more effective.

“A Japanese officer later said that his country had adopted suicide tactics because conventional tactics were inherently suicidal.”

– Norman Friedman (Fighters over the Fleet)

So if you are going to go on a suicide mission, why not make your suicide count for something. Japanese pilots learned that American radar had limitations in detecting aircraft coming from overhead and began to attack from overhead for more effective results against US vessels. Fighters attacking in large groups would suffer many losses in combat but planes crashing themselves directly into ships resulted in fewer losses and greater damage to the Allied Forces.

“Kamikaze attacks, rather than being fanatical missions launched by madmen, were actually the only possibility for the Japanese to prevent the invasion of their homeland. They were the only rational means by which it could be demonstrated to the Americans that an invasion of Japan would be too costly.”

Military History Visualized examines the extent of damage done by kamikaze attacks and if it was more effective than fully trained pilot attacks.