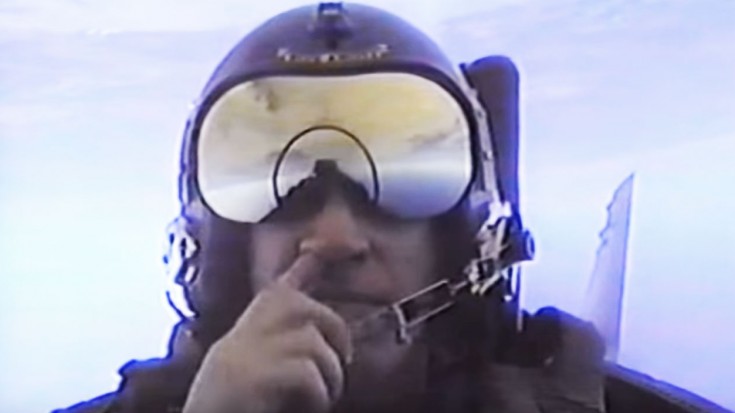 Some Of That Commentary Is Priceless.

The Blue Angels are one of the most spectacular demonstration teams you can watch in the world. Between their discipline and showmanship, the entire show is captivating and you really don’t want to peel your eyes off of them while they’re flying. No wonder over 11 million people watch them fly every year.

For this reason it’s an incredible honor to be able to fly in one of their jets which is something that most people don’t know is even possible. The Blue Angles fly more than 70 shows a year, meaning that for the most part the same amount of people are typically allowed to sit in the back of the Number 7 F/A-18 Hornet.

For this flight, Tim Allen was given the honor of joining them. Most notably known for the show Home Improvement, this comedian at heart didn’t stop being funny off screen. Walking around the plane making funny observations, he didn’t stop even when he was pulling Gs inside the cockpit. We hope you enjoy this footage as much as we did.