Holy Crap! A Stadium Just Got A Super Low B-2 Flyby And Crowd Went Wild 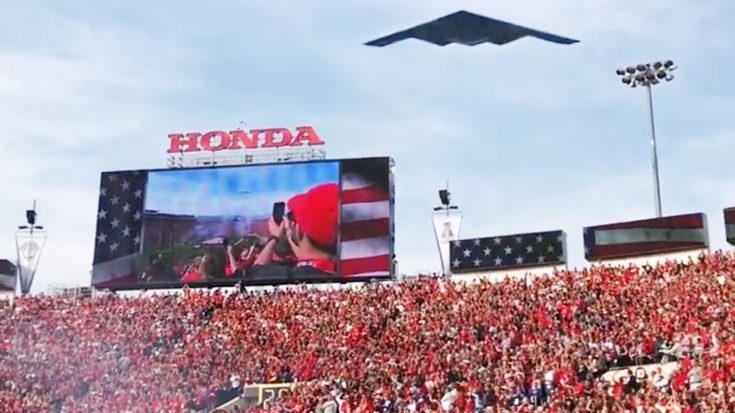 How Cool Is That?

We’ve seen a ton of flybys in our day especially at sporting events, but as bias as this sounds, this might be the best one we’ve seen. Here’s why.

Sure, you’ve probably had F-18 Hornets blow past your head over the stadium, maybe some F-16s or even transports like the C-17. That’s awesome and all well and good, but how about a B-2 Spirit? Yeah, probably not.

On January 1st, 2018, fans at the Rose Bowl Stadium in California got a buzz of their lifetime. To kick off the season with a Georgia versus Oklahoma college game, a B-2 spirit flew over the stadium during the national anthem. Although we have a video of it at the bottom of this post here, the above tween is just as great.

During the game, an aerial photographer by the name of Mark Holtzman took the above pictures (then turned them into this gif) from his Cessna. The photos almost immediately took on “iconic status” and got shared around the internet in a flash.