Hook Down, Wheels Down: WWII Pilots Share Some Intense Moments In Combat 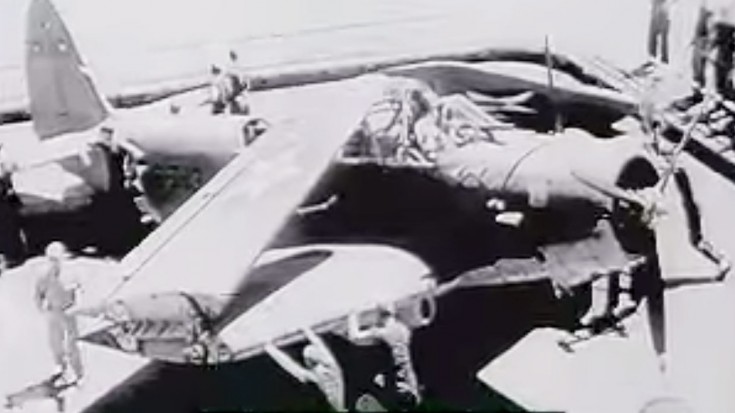 This great clip from an hour long documentary made in the early seventies captures some of the greatest moments of U.S. navy pilots during World War II. Sadly, most of them are no longer with us, so listening to these stories and keeping them alive for future generations is crucial. Not only for historical aviation purposes of course, but possibly to remember the time when the world was at war and that we should avoid repeating history for the sake of humanity.

You don’t get a chance to make but one mistake. Usually that one mistake is the last one.-World War II Navy Pilot.

In the clip, the Battle of the Coral Sea is highlighted. This four day naval battle in 1942 was the first time during World War II that naval forces engaged each other. With massive carriers and battle ships in the Pacific, ironically no shots were fired from ship to ship. All the damage was done through the air. As these men will tell you in the video, they definitely had their work cut out for them and when they made it back from combat, landing their planes ‘on a matchstick inside of a pool’ was the last thing they had to do. That’s easier said than done.