Hornets Taking Off From A Carrier At Night Is SPECTACULAR 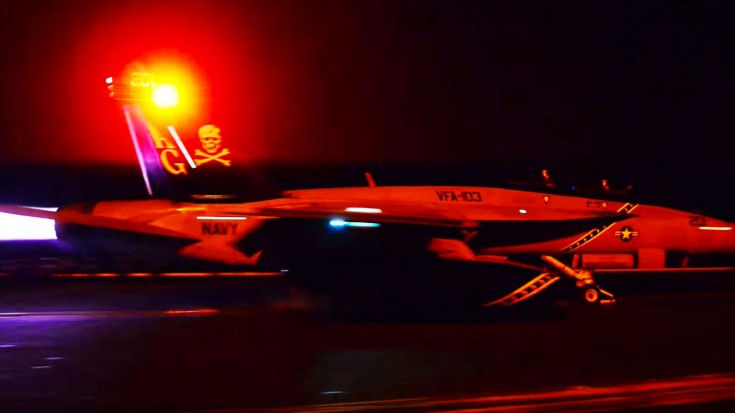 This Is So Beautiful.

We all get a great feeling when we watch planes takeoff, fly or land, no matter what plane is our favorite. This video is something different however. Night takeoffs, especially from a carrier, are something else entirely.

Taken at the end of 2015, this video depicts over a half a dozen F/A-18 Hornets taking off from the deck of USS Harry S. Truman (CVN-75). For these pilots and carrier crew it’s just another day at the office, but if you never saw these operations, you’re in for a treat.

These aviators were taking off to aid the mission to support Operation Inherent Resolve. By the cover of night, everything went according to plan. Seeing those jet blasts at night though is simply awe inspiring. You can barely see anything else except small lights that illuminate the deck and the light coming off the Hornets.

We can’t even imagine the excitement that such an operation brings. It’s dark, you’re in open waters yet everyone involved knows exactly what they’re doing. Seeing footage like this is proof of how wonderfully everything works in the Navy. Kudos to everyone involved.