After Hours Of Work, This Rc F9F Cougar Has Shortest Flight Ever 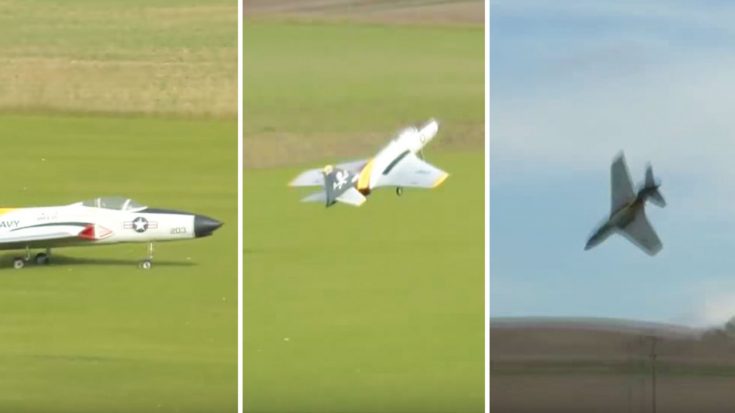 Rc flying is a really exciting hobby. You can choose your favorite plane from childhood, or now of course, build it and fly it whenever you want to. If you’re building something bigger however, you do need to have some of that dough in the bank. Having been around these things for a bit now, we know that some can run you a couple thousand bucks.

Then, you have to be able to stomach losing it which will happen sooner or later according to everyone who ever flew one.

As written by the uploader, “reversed ailerons or wrong centre of gravity.

This is exactly what happened here. This guy built himself an really nice F9 Cougar. These Navy planes were really cool and we were happy to see one built, even if it’s just an Rc. Then, of course, came the crash.

This happened faster than you can say, “wait…” The pilot lined up his model on the field and the camera guy started rolling. Then, in seconds, the engine spooled up, the plane took off and bam! Pieces.

That really sucks. We feel for the guy.